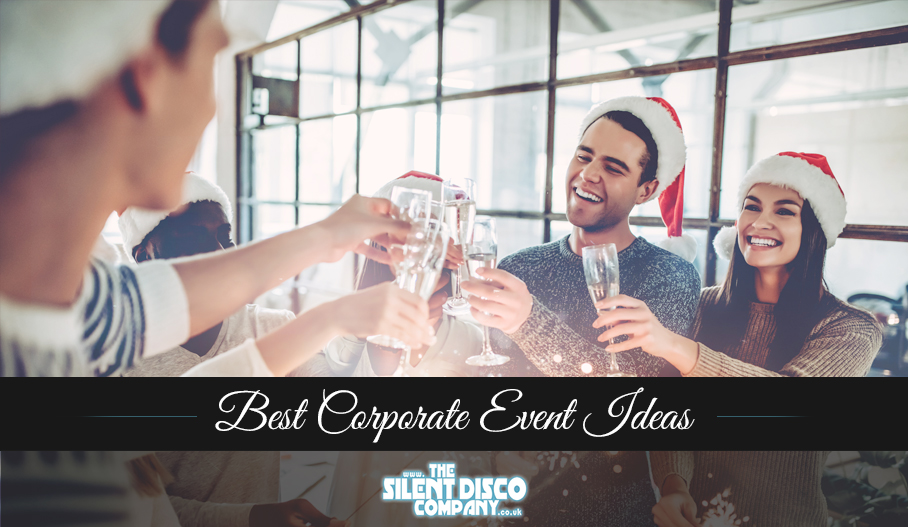 Corporate events come in all shapes and sizes. For some firms, it’s a quiet evening with a few drinks, while for others, it’s a full-blown day of team building activities, some of which might get a little messy!

Good event ideas, however, aren’t always easy to come by. While there are plenty of options, not all are suitable. You want something that is the right fit for your team and will accomplish your aims.

In this post, we’re going to take a look at some top work social event ideas from the web. By the end of the article, you should have a good feel for the corporate days out best suited to your team.

If your company comprises a group of decidedly physical characters (or even people who wish they could get more exercise), then taking the team on an ultimate assault course challenge could be just the ticket. Granted, assault courses aren’t for the faint of heart, but the experience can work wonders for bosses who want to bring their teams closer together.

Assault courses bring a mix of everything: shared physical challenge, the feel-good factor that you get after exercise, and competition. Putting people’s muscular prowess to the test helps them to open up in ways that they wouldn’t, were they stuck in the office all day.

As far as work night out ideas go, silent disco should be at the top of the list. For those of you who don’t know, a silent disco is an event in which everyone wears headphones that pipe music wirelessly to their ears. There are no loudspeakers (or risk of perforated eardrums, for that matter); just strobe lights and the occasional puff of dry ice.

Silent discos first came to the fore in the late 1990s and venues looked for ways to keep parties going into the small hours of the morning without disturbing the neighbours. Since then, they’ve become a favourite for the end-of-year corporate party.

If you’ve never experienced a silent disco before, prepare for something that feels a little surreal. And, whatever you do, don’t take your headphones off!

Fortunately, mystery dinners don’t involve restaurant staff serving you with random items of food from their menu. Instead, it’s a way that you can bring people who work on different teams in your organisation together and help them get to know each other. 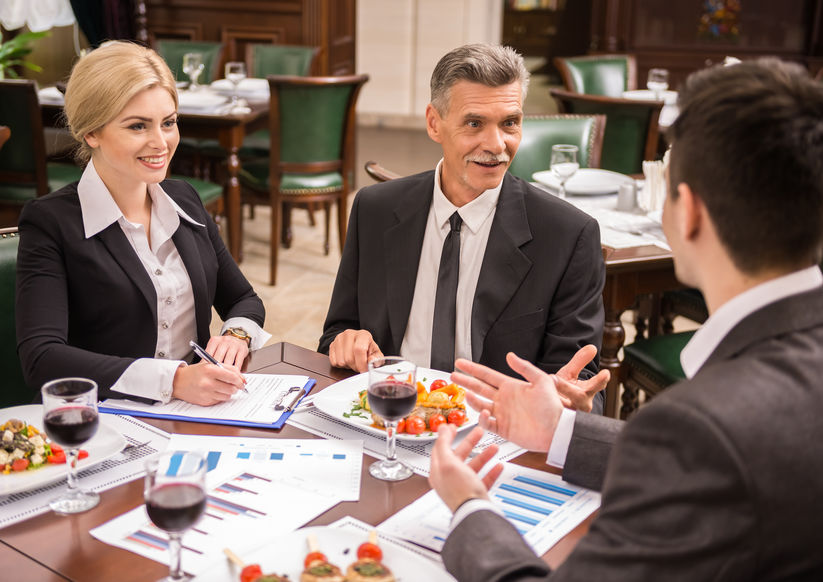 The way it works goes something like this: the company books a table at a restaurant and then invites random people from different departments to come along. It’s all paid for on the company dime, and it gives employees from, say, marketing, an opportunity to get to know those in accounting and vice versa. The hope is that by the end of the evening, there will be more cross-departmental connections, helping to facilitate better teamwork and cooperation.

Trampolining is both fun, easy to learn, and takes people out of their comfort zone. Thus, in many ways, it’s the perfect team building exercise and elicits the same level of openness you get when you get people taking part in an assault course.

Trampoline parks near major cities offer more than jumping up and down for a couple of hours. Many also provide facilities for sports like trampoline basketball and dodgeball too!

Here’s an idea for the geekier teams out there: the “egg-drop challenge.” The idea here is to construct a device using the materials provided that protects a raw egg when dropped from a great height — the team who can drop the egg the furthest without it breaking wins.

The egg-drop challenge is a lot of fun because it involves abstract thinking, resourcefulness and finding solutions that your competitors haven’t considered. Each team has to create an “egg fortress” that will protect their egg as it drops through the air. As the organiser, it’s your job to set the parameters of the event, including the heights from which your teams will drop the egg and the materials that they can use.

A cook-off is an opportunity for your team members to show off their culinary skills.

Don’t just let them cook whatever they want, though. Instead, split your colleagues into teams and then provide them all with a list of ingredients. Then give them an instruction like “make a chocolate brownie” without a recipe and see what happens. 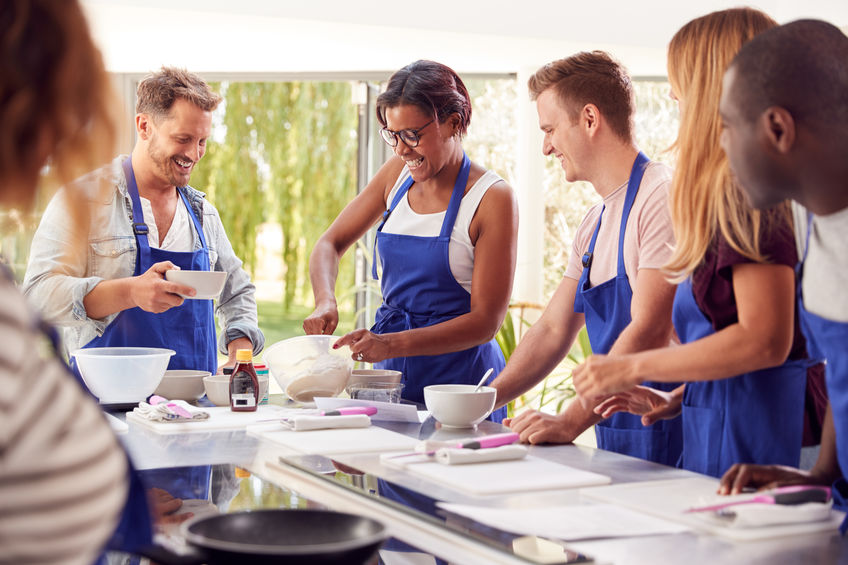 Once all teams have completed their dishes, create a blind taste test and get every person to rank the food on a scale from one to ten. The winner is the team with the highest overall score.

Telling teams that they must combine unusual ingredients is a great way to make the whole event more exciting. You could insist, for instance, that team members create a recipe that successfully combines carrots and chocolate – not easy!

If you want your corporate event to engage your audience, provide your colleague’s careers with a little helping hand, and grab some publicity, then you might want to host a TEDx event. 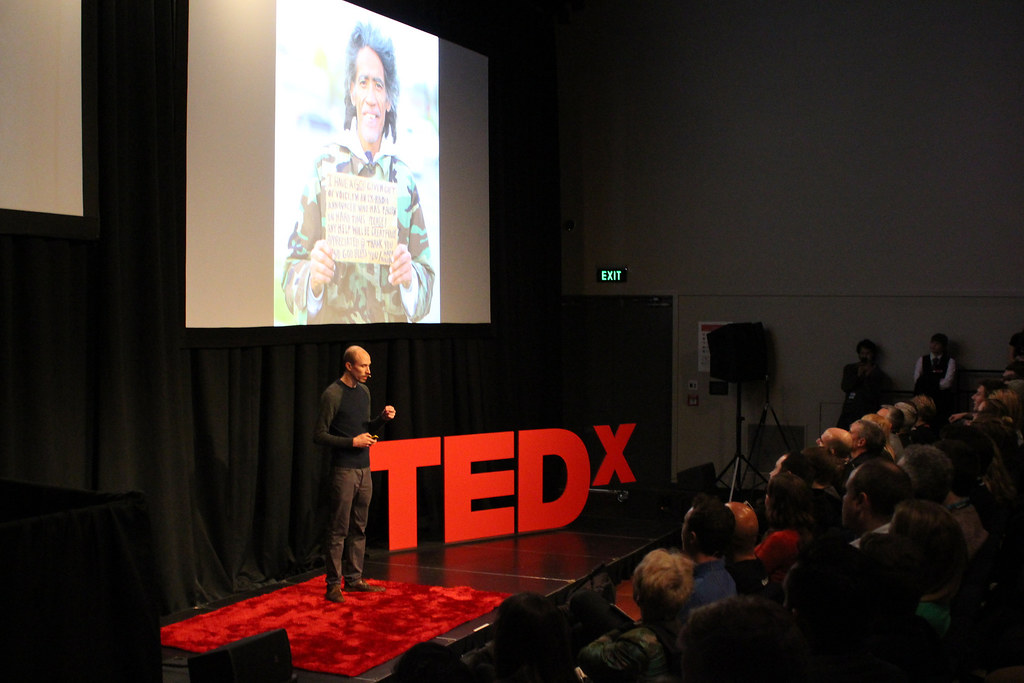 TED began releasing talks on topics by experts around the world more than fifteen years ago when it first became possible to share video over the internet. Today, TED’s scope has expanded tremendously, and it now runs something called TEDx events – a chance for third-party organisations to host conferences under the TED brand.

As a company, you have a couple of options. You could either get knowledgeable team members to speak on topics that interest them or hire in third-party speaker.

If arranging transport is a problem, these events are ideal. You usually don’t have to travel so long as you have a suitable location on your premises.

If your team is mostly comprised of people who grew up in the Thatcher-Reagan era of big hair, cheesy music, and unfettered capitalism, then an 80s flashback party might be the ultimate team building corporate event. It’s a chance for the people in your organisation to indulge in a little 80s magic and reminisce about how much better the world was back then. This theme is mentioned in our Theme Party Ideas blog, go take a look!

If your team has been through hell and back to complete a project, sometimes it’s nice to celebrate making it through. Here, a DIY photo booth can make a world of difference. It’s a chance for your colleagues to relax, unwind and get a little bit silly with makeup, costumes and accessories while posing for the Polaroid.

While you can hire photo booths from specialists, usually there’s no point. All you need is a decent camera, a backdrop, and some fun outfits and accessories for team members to wear.

After the event, it’s just a matter of uploading all your antics onto social and wait for the likes and shares to roll in.

Most people in most business love to eat, especially out of a food truck (though they might not want to admit it).

Food truck rodeos are your chance to tell your colleagues that it’s “okay” to munch on doner kebabs and battered saveloys while talking to colleagues. After all, what else are they supposed to eat?

Do you often wonder what’s going on in the lives of some of the quieter members of your team behind the scenes? Unless you force it out of them, you’re unlikely ever to find out.

But how do you get blood from a stone? Simple: organise an office talent show. This event is a chance for members of your office to show everyone else what they get up to in their spare time. There’s no need for all to take part, of course. If the only thing that Steve from accounting can do is crunch numbers on a spreadsheet, then that’s okay: he’s still lovable. But for everyone else, it’s a chance to showcase their skills, whatever they happen to be.

This idea is quite similar to an office talent show, with the exception that it focuses exclusively on poems. Here, your colleagues have an opportunity to share their literary genius. All you need is a mic, a stage, and some time for employees to prepare.

Does your organisation have a beautiful big hedge outside that would look great if it were trimmed into the shape of your corporate logo? If so, then you might want to organise a logo hedge trimming event. Here you provide your colleagues with a hedge and some tools and tell them to create something that will make the company proud.

If your team has been through a difficult time and needs a bit of energising, then bite the bullet and take them to a sports game. Watching the big game is an opportunity for them to enjoy some sport, let off some steam, and enjoy a few drinks to boot. Also, by taking your colleagues to the game, you’ll automatically become a cool boss. Who doesn’t want that?

Everyone loves to take the opportunity to let their hair down at a good, old fashioned party. Give your team a night to remember by throwing a Themed Party! We have put together a list of Party Theme Ideas and we are sure that there is something there to suit everyone.

If you are looking for silent headphone hire for a corporate event, then contact us for details.