What is a Silent Disco? A Unique Way of Experiencing Live Music 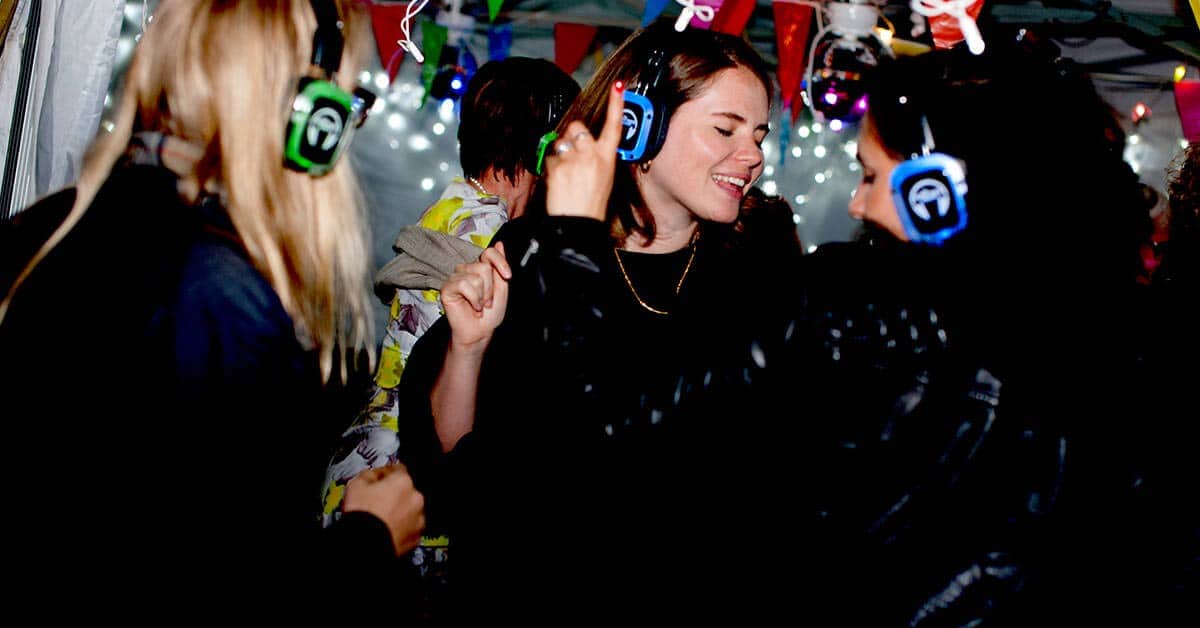 Many of you may be thinking to yourself, what is a silent disco?

A silent disco is when people are having a disco while listening to music through headphones. Usually at these events, two or three different channels will be active, so that people with different music tastes can choose which music channel they want to listen to.

This means that if people want to talk to each other, they no longer have to shout over the music, they can simply take off their headphones to talk. This also has the added bonus of local neighbours not being disturbed from the loud music.

This disco has actually been around for a while, but it has simply taken time for this magnificent idea to grow in popularity.

With this quiet disco now becoming more well-known, here are some past examples where you may have seen or heard of the term “silent disco“.

For anyone who loves a good story, you may have downloaded the Episode Interactive app on your phone where there are a few Demi Lovato stories featured. On her World Tour episode, she attends a silent disco, which was created as a way to encourage people to have fun while exercising, dancing to music.

In this years Celebrity Big Brother, you may remember the episode where the housemates were thrown a silent disco party where Biggins was tricked into thinking that he could choose who should go up for eviction.

Glastonbury have been known to have silent disco events, so that the party can carry on late into the evening, without disturbing neighbours or receiving complaints.

It was the Glastonbury festival that originally came up with the idea of a silent disco because of the noise restrictions from local people trying to sleep.

Glastonbury went on to try out the silent disco headphone plan, giving their festival-goers headphones when the noise curfew struck, allowing the guests to enjoy the clubbing experience by having a silent rave, while the local neighbours could relax and have a good night sleep, as if the festival wasn’t even going on.

Glastonbury are continuing to make use of this fantastic idea and have had the silent parties occurring every single year. They are also making use of the separate channels, already informing the public of what kind of music will be on the two channels so that everyone can enjoy the silent party, no matter on their music preference.

It is through the silent disco in Glastonbury, that this idea has continued to grow to the point where there have been silent disco parties in nightclubs, there are silent disco rental packages so that people can enjoy their very own silent disco at home and people are even having silent disco weddings, so that there can be a range of music for people to choose between and enjoy through the three different music channels.

This event has taken the country by storm so much that these silent parties have even taken place at London’s Science Museum, the Shard and at the Cutty Sark Clipper Ship during 2015!

The uses for this equipment is endless.

From using the silent disco headphones at weddings or even when having a disco party at home, to using them in seminars and presentations, where the multiple channels can be for different languages so that everyone can easily understand what is being said. There is an endless amount of possibilities on what these headphones can be used for.

To view our silent disco videos of our past silent disco hire events, why not visit our YouTube channel, where videos of headphone party events such as at Chameleon night club Essex can be viewed.