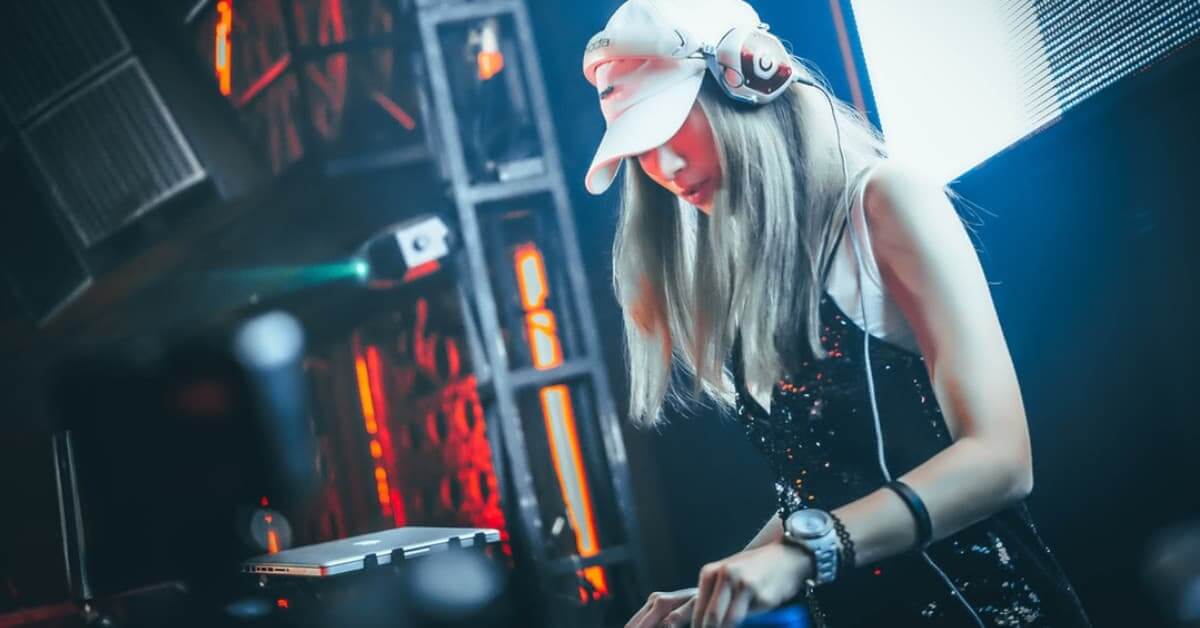 The trend of the silent disco seemed to emerge from nowhere, but there’s no doubt that it has been a roaring success. Silent discos offer a unique, interesting experience to revellers – but they can be challenging for the DJ.

When playing to a normal disco or club, the DJ only has to focus on getting one thing right: the songs.

If some of the partygoers dislike your chosen set list, then that’s just something they have to deal with. All you have to do is ensure you get the playlist right for the majority of users, and the night will be considered a success.

However, with a silent disco, things are far more complicated, which can make the experience stressful for silent disco DJs who are new to such an event.
If you’re playing to a silent disco for the first time, or just want to refine your technique, then the tips below should help you make a success of the experience…

If you arrive to DJ at a silent disco thinking that it will be like any other night, then you’re going to be in for a shock. The novelty factor of a silent disco cannot be underestimated and, as the silent DJ, it’s up to you to embrace this difference.

As a DJ, a silent disco introduces an element of competition that you may have never experienced before. Most silent discos will have at least two DJs (and some will have three).

You’re in direct competition with the other DJs for the attention of revellers. Now, if partygoers don’t like your choice of music, then can just switch channels and tune to one of the other DJs.

This may sound daunting, but try and see it as a positive. Silent discos offer a chance for you to really develop your DJ skills, and be sure that listeners don’t feel the need to switch.

The competition is healthy, so embrace it, acknowledge it’s a different feel from a standard set, and embrace how very different the experience is.

This may sound difficult to achieve, given the competition element, but you’ve got to let yourself relax when playing a silent disco set.

You’re competing for attention, so standing back and letting the music do the work is unlikely to keep revellers focused on you.

Instead, be prepared to use the mic, play songs outside of your usual preferences, and do all you can to keep eyes (and ears!) on you.

With a silent disco, you never know the kind of music that customers are going to want. The whole point of a silent disco is that people can have the music they like, which is especially attractive for fans of more unusual genres.

As a result, expanding your playlist to incorporate a wide range of tastes might just be the winner for you.

You’ll still want to ensure you’ve got all the latest bangers, but it’s worth having a small range of “something different” songs; songs that only you have, as your competition haven’t given their playlist enough thought.

It’s important to accept that revellers are going to switch off your channel; it’s part of the novelty of the experience for them.

However, this reality doesn’t mean that you just have to surrender control to fate; you can still fight to encourage people to stick around.

Switch things up, cut songs off, play interesting mixes – do anything you can to make people feel that your channel is active, exciting, and innovative.

If you can manage this, they’re more likely to stick around.

Half the battle at a silent disco is encouraging revellers to stick with your channel. If they like you, they’re far more likely to remain tuned to you, so take the time to talk to the crowd and show off your personality.

Even if you’re usually shy and reserved, do all you can to project an image of someone happy, confident, and able to deliver the best songs – the guests will be more likely to tune in, and stay tuned in, as a result.

If you were DJing in a standard, non-silent setup, you’d be encouraged to gently increase the intensity and popularity of the music that you’re playing.

This isn’t what you want to do with a silent disco. You need to go big, loud, popular, and exciting right from the off – you’re going to want to capture attention and keep it, so hold nothing back.

One of the downsides of DJing a silent disco is that you’re likely to experience more than a few customers who have problems with the technology.

If you can help customers who are struggling, you can create a bond that makes them far more likely to tune to your channel.

Familiarise yourself with how the customer headphones work and offer assistance to anyone who appears to be struggling.

There’s a very high chance that at least one customer will misplace their headphones during the night, so if you have a few spares close at hand, you can be the heroic silent DJ who helps them out.

Of course, you’re going to want to cheekily remind them to switch to your channel as you hand over the headphones, so don’t be shy!

It’s not just the customer tech that you need to be wary of! It’s vital to check through all of the equipment that you’re going to be using through the night, and make sure you feel comfortable using it.

The moment customers arrive, you need to project the appearance of someone who has DJed thousands of silent discos and has got everything under control – even if it’s your first time, and you’re panicking beneath your smile.

Grab the mic every so often and encourage people to switch channels. This might seem like a risky strategy (as there’s a chance they’ll switch off yours), but hopefully, you’ll earn enough listeners to replace the ones you lose.

Besides, if you’re doing well, your existing listeners aren’t going to want to switch off anyway!

If you want revellers to stay tuned to your channel, then you’re going to need to throw a few exciting surprises into the mix.

Ideally, you want customers to be wondering what’s going to happen next; create a sense of curiosity with interesting mashups and mixes they’ve never heard before.

If someone is curious to see what’s coming next, they’re definitely not going to switch the channel.

If you’re set to DJ at a silent disco, sticking to the above points will help to ensure everything goes as well as it possibly can.