How Silent Disco Party Works For a Wedding in the UK 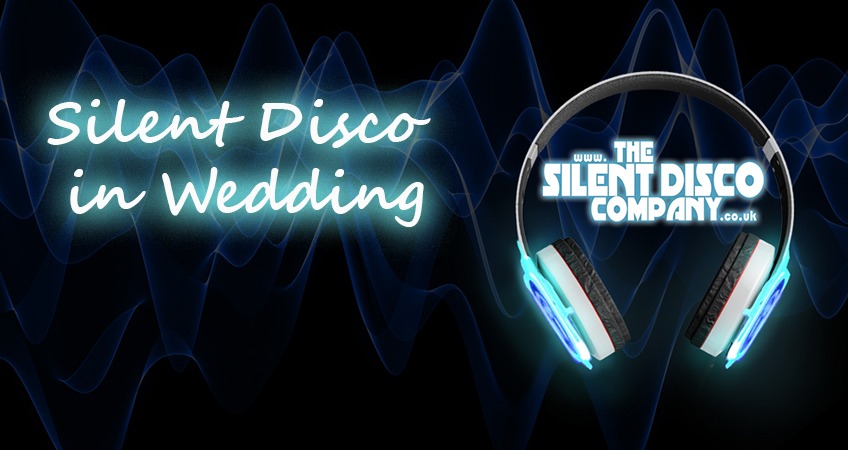 Weddings are all about food, dance and fun (other than the coming together of two souls of course!) the ones who are going to get married might be happy for their new journey but their relatives and friends are actually the ones who enjoy the wedding most apart from them. In every wedding in the UK, dance parties are a must; the function seems incomplete without the addition of music and dance to it besides the mouthwatering delicacies of course!

Even the budgeted families also go for disco themes at weddings according to their limitations. These days, the growing popularity of silent disco has made it almost mandatory to be part of the weddings in and around the UK.

People enjoy this form of disco a lot, maybe even more than the loud ones, and that is the reason why a mammoth number of wedding party planners and disco services are coming together to provide the party animals with the best of experience at the weddings. Before we jump into the functioning and processes of the silent disco around the UK, let us get a brief about what this silent disco is all about!

Silent disco- the name says it all!

Well, it may sound a bit weird to people who don’t know the concept of a silent disco because a disco can be anything but silent! But for the ones who know the concept, they get the well with the idea and thus it’s preferred by most people these days, no matter what age they are! A silent disco symbolizes a disco-themed party where the music is not played loud, instead, it is played in headphones provided by the silent disco hire to the guest at the venue; the twist lies here only!

The DJs who are booked for the silent disco plays songs which are directly connected as channels in the headphones and people can actually listen to their favourite channels and dance according to their choice of music rather than grooving to the tubes of what the DJ plays for all.

It is interesting because, you don’t have the option to know each other’s playlist in the crowd and so, you can dance freely without having to match steps to anyone in the party. It does not mean that you have to stick to one channel always, you can change channels according to your choice and also request the DJs to play songs that you want to listen. They will put that song on the channel you are listening and this is how the silent disco actually works.

The popularity of silent disco in recent times

If we go by the statistic, in the past few years, the concept of silent disco have taken over parties and pubs across the UK. People prefer a silent disco for wedding and other functions more than the other similar choices that are available. It is good in a way that it does not bother the other guests present at the parties and people can actually enjoy on their own.

As compared to the loud music scenario, silent disco has gained more popularity within a shorter span of time. As the silent disco can be availed within a simplified budget, it is more likely to gain a better market presence in the near future. The youngsters enjoy grooving in the dance floor to the tunes played in their headphones, but the aged people find it a bit difficult to carry those earphones and dance.

That is why it is advisable to hire such silent disco services who provide efficient and light headphones so that you don’t feel a burden carrying them while dancing. Other than that, the quality of sound of the headphones must also be checked properly before finalizing them.

When hiring the silent disco services!

The silent disco London is graciously enhancing its charms at every wedding and parties. People are loving the idea of a silent disco and slowly it’s reaching heights. When you are hiring the silent disco services, make sure the providers keep extra headphones just in case some of the provided headphones don’t work or stop working mid-event. For all questions about the silent disco, The Silent Disco Company is your answer.

Also, arranging for a venue which can accommodate a large number of people near the disco is advisable because the frequency through which the channels get connected to the headphones might not work properly when the person on the floors is far away from the DJ zone.