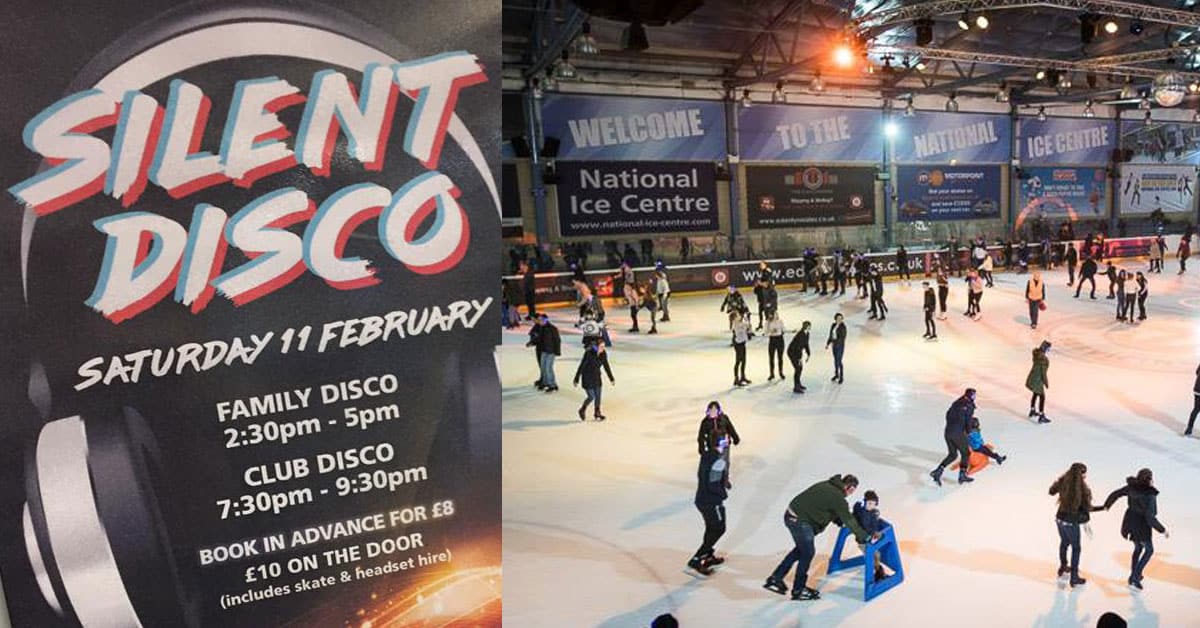 Silent disco events are a fun and exciting twist to any celebration being held.

In February it is important for there to be plenty of family orientated activities during half term, so to keep everyone entertained during this busy period what better idea is there, other than a headphone party?

Therefore, the National Ice Centre in Nottingham recently rented 950 of our Silent Disco headphones, so they could hold a free Light Night Silent Disco on the 10th February 2017.
No need to shout over the music, three different music stations to choose from depending on your taste of music and it’s a fun activity and an opportunity for people of all ages to join in with, whether they are learning to skate or want to show off their ice skating moves.

Videos and pictures of the event were posted on Twitter and Facebook, showing the silent disco in full swing, with people dancing on the ice skating rink, headphones being worn and disco lights being shone.

Were you one of our #SilentDisco skaters on Saturday? Try & spot yourself in our official party pics 👉 https://t.co/PI8XXZbeyJ pic.twitter.com/5epLFkkDnm

Whether the people attending this exciting headphone party are experts at skating or ice skating beginners, this was a fun and light-hearted scene for all disco party fans to attend.