Silent Disco History: A Popular Trend That Has Been Out For Years 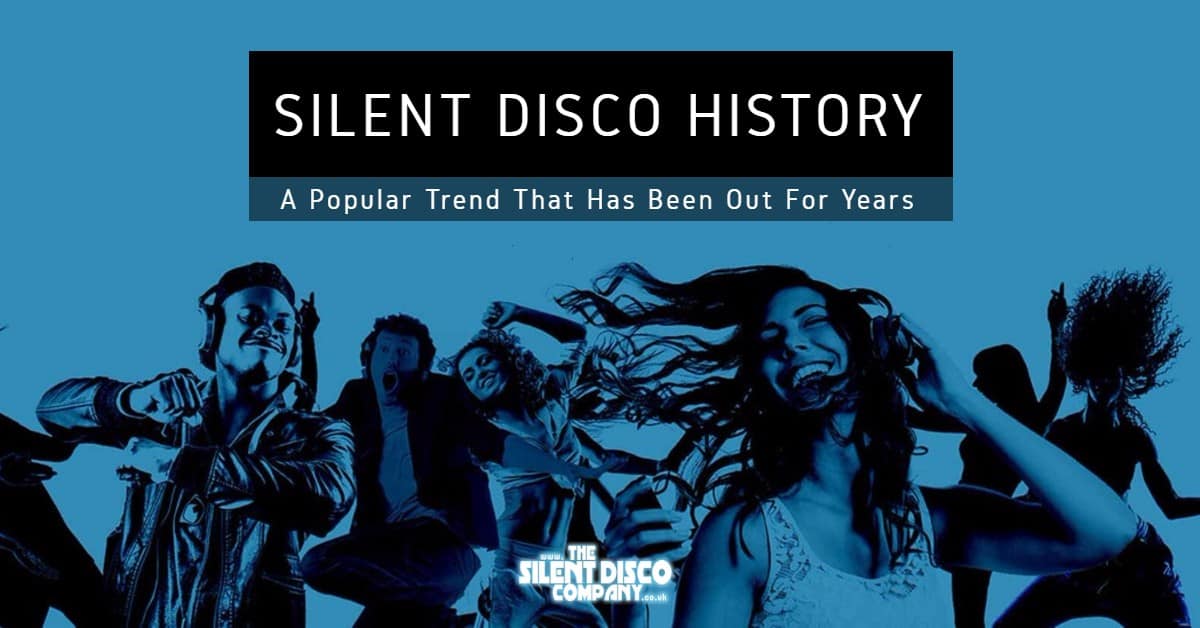 Silent Discos are a popular trend that have been out for years, but when did silent discos start?

The idea has been kicking up a storm in London, from a silent disco night at the Shard, a silent disco at Cutty Sark and silent disco boat parties – the amount of possibilities and excitement for this silent headphone party is endless.

The first mention of a headphone party was in a Finnish film called Ruusujen Aika (1969), where the characters in a scene of a film wore headsets at a party.

Due to problems with noise pollution and the worry of disturbing local wildlife, it was in the 1990’s that the trend for using headphones at outdoor parties started to kick off.

In 1994, Glastonbury took note of the popular trend of silent party headphones as being the ideal solution to stop the problem of noise curfew that they were experiencing.

Local neighbours would be complaining on the amount of noise they encountered in the evenings when Glastonbury festival was around, so in the evenings, silent disco headphones would be distributed among the festival goers so they could still enjoy the music while providing the neighbours with a peaceful night sleep.

Not wanting to miss out on the exciting headphone dance party craze, BBC Live Music held their own silent gig with Rocket Goldstar along with a few DJs, in the Chapter Arts Centre located in Cardiff.

In Chicago at the Museum of Contemporary Art, an outdoor club was created where wireless headphones for silent disco were worn, so that the party goers could listen to the DJ performing.

The following year, the silent party developed and had two DJs performing against one another, allowing the audience to choose which DJ they would like to listen to.

The name “silent disco” got properly established in 2005 with the Bonnaroo Music Festival advertising an event that mentioned how several different DJs would be performing that evening and how silent party headphones were being provided for the audience to wear.

In 2008, HUSHconcerts (originally known as Silent Frisco) produced the first silent disco tour back in 2008 that went around America. They were the first company to have a wireless headphone party on the beach, along with a silent rave on a boat.

By 2011, silent discos had become such a popular term, with silent parties and events developing into more of a well-known and popular occasion to go to, that the Oxford Dictionary Online added the phrase to their website.

Celebrity Big Brother didn’t want to miss out on the silent disco uprising, so in their 2016 series, Big Brother welcomed everyone to the house with a silent dance party.

What Equipment for Silent Disco is Needed? 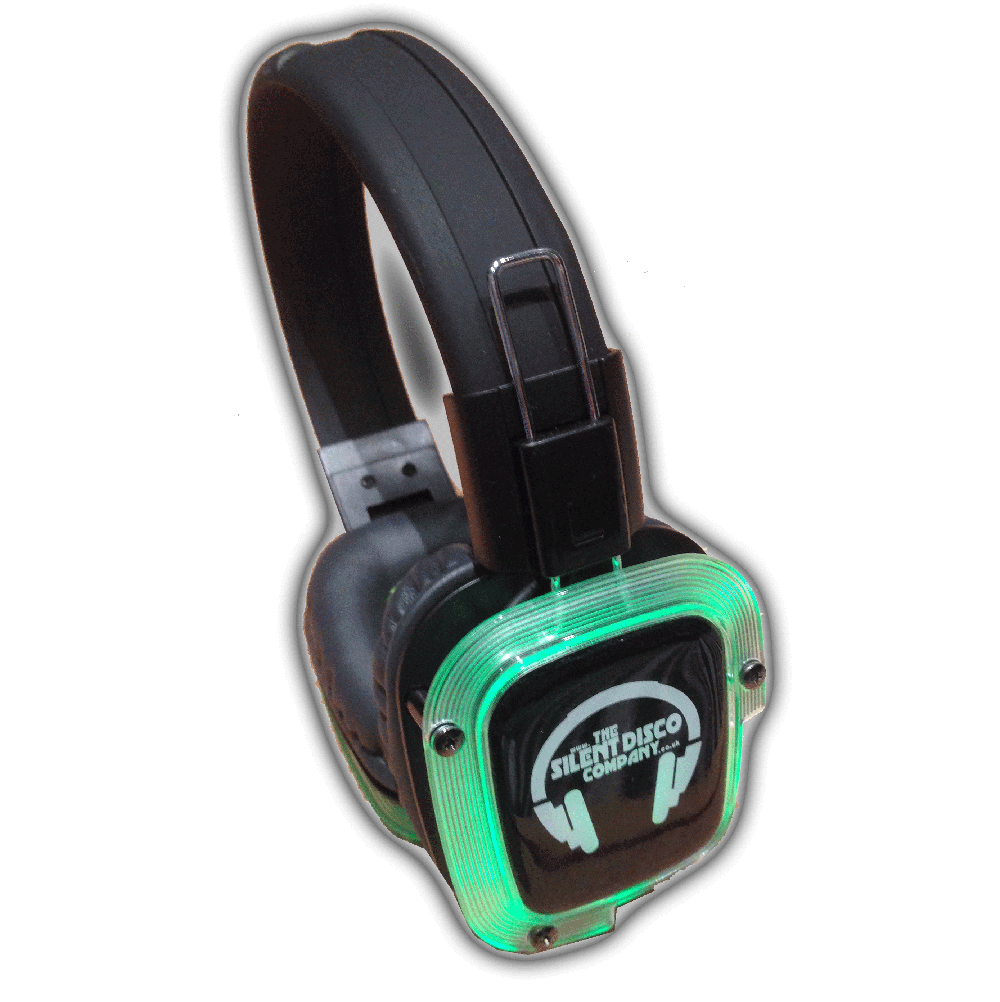 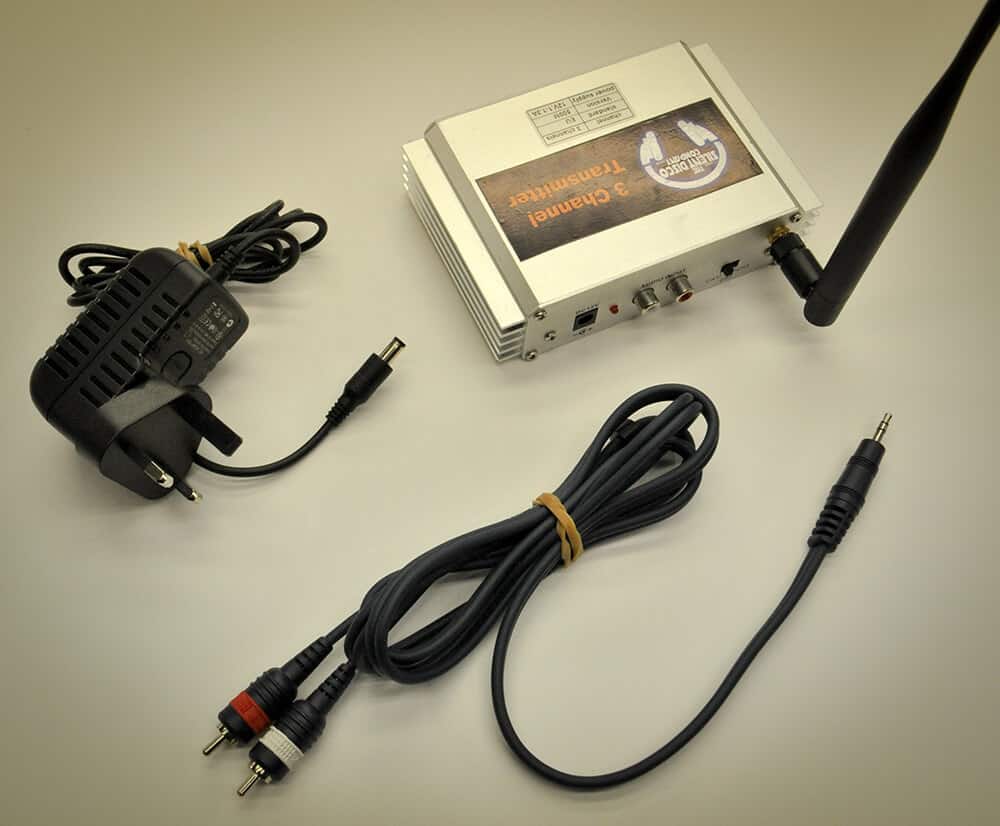 Silent Disco Weddings and Parties: There is nothing better than a disco or a wedding to get you in the mood for dancing, but the last thing you need on your special day is local neighbours complaining that you are making too much noise.

A popular solution to this problem is dancing with headphones. A silent disco wedding is a fun and cool way to celebrate, providing your guests with a choice of music across the separate music channels, along with allowing you to take off the headphones when your want to talk to guests without the need to shout.

Corporate/Exhibition Hire: Silent disco headphones are also ideal for exhibitions and corporate hire, especially if you need the presentations to be spoken in different languages, as the music channels can serve as dialogue in separate languages.

Silent Cinema: For anyone thinking about holding an awesome outdoor cinema event, to avoid bothering local neighbours, why not hold a silent cinema, rent some headphones and let your guests enjoy this wonderful event surrounded by silence without having to experience the couple sitting in front, talking over the film? 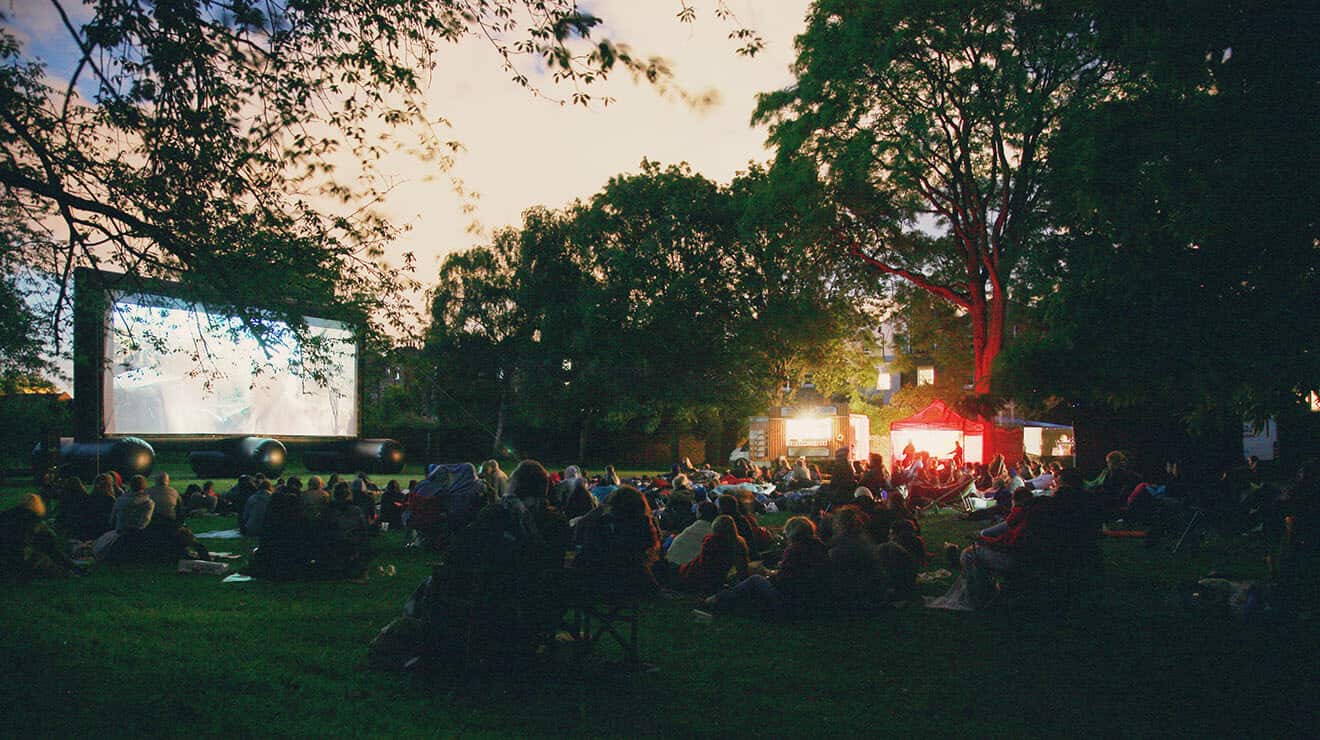 If you enjoyed this Silent Disco History blog post or know someone who will, why not share it with your friends and family?
For more tips and advice, why not read our blog?