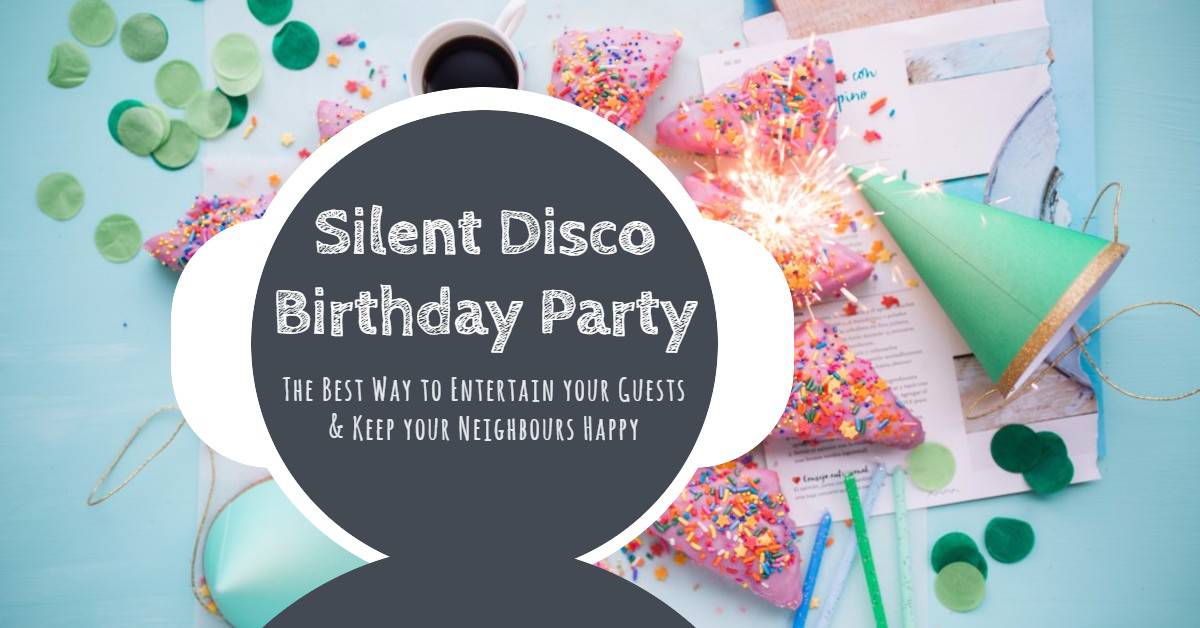 If you have a birthday coming up and you’re looking to throw a party either for yourself or a friend, then you have lots to think about. Not only do you need to think about the guest list, the dress code, and the venue, you also need to consider the theme.

The only thing is, most things have been done before. Nobody wants a party that will blend in with every other party guests have been to before. There’s one thing, though, that is still pretty new and exciting for people. A silent disco birthday party!

Throwing a silent disco birthday party is a unique idea, and one that your guests won’t forget in a hurry. All you have to do is get in touch with Silent Disco Company, make your order, and set up for your party. Everybody gets a pair of wireless earphones to wear, and they can flip between 3 channels depending on what they want to listen to. This is a lot of fun, and beneficial for a number of reasons!

Intrigued? Let’s discuss why a silent disco birthday party could be the right choice for you:

Your Party Can Take Place Anywhere

A silent disco birthday party can take place anywhere. Whether you want it at your local pub, hall, or in your house, it can happen. You won’t need to worry about licenses for playing music out loud, and the best part about it, is that the silent disco headphones can work even if a guest needs to head outside for a cigarette or go to the toilet. The party never stops!

Everything has pretty much been done, but this is a unique idea that people aren’t going to forget. Your party will be the talk of the town! When was the last time you heard of somebody having a silent disco birthday party or event?

What could be funnier than watching people dance to different beats all night? You can even sync up your station with a friend so you’re both dancing to hip hop in unison, while everyone else is boogying to pop music. The headphones let you see what others are listening to with a light on the side, so you don’t even need to take your headphones off to ask. You’re bound to have a good giggle – especially if you take off your headphones and enjoy the crazy dancing in complete silence!

Stay In Your Neighbour’s Good Books

Having your birthday party at home, or in a venue with surrounding houses? No need to annoy the neighbours when you have a silent disco party. You’ll stay in their good books and still have a fantastic time with your loved ones. You definitely don’t want to have to stop the party due to an angry neighbour, or worse, experience the wrath of a passive aggressive neighbour for the following weeks/months.

Party Until The Early Hours

Nobody is going to come and shut your party down or complain, because the noise level will be respectable. You can enjoy your party safely in the knowledge that things aren’t going to get out of hand, and that you can party until the early hours. You can only feel this confident with a silent disco birthday party!

You won’t need to worry about making an eclectic playlist that includes everybody’s music tastes, as there’s a channel for everybody with a silent disco birthday party. Everyone can listen to the station they fancy in the moment, or listen to their favourite genre all night long.

There’s no chance you’ll hear complaints about the music, as it’s so diverse! Not everybody is into the same stuff, and a silent disco birthday party caters to this perfectly. What does this mean? That every single party guest is going to have an awesome time, of course, as they have ultimate control!

No More Shouting Over The Music

Ever woke up in the morning with a sore throat from shouting across the bar to your friends all night long? Us too. With a silent disco birthday party, all you have to do is take your headphones off. Voila, a great environment for friends to catch up and have a chat. You won’t need to shout, or go outside. It’s so convenient, especially if you haven’t seen some of your guests in a while.

A silent disco birthday party is definitely one of the most unique party ideas you can come up with these days. If you want an unforgettable party that caters to every guest, you simply can’t get better than this.