Here’s How You Can Host a Successful Silent Disco Party 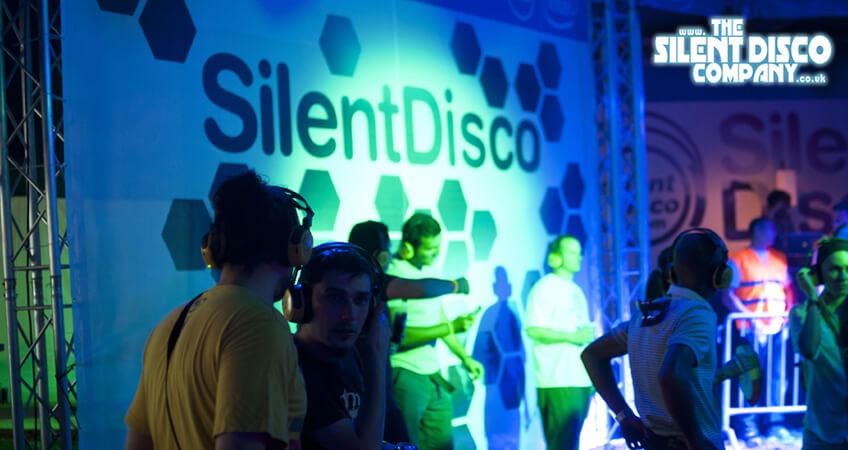 The silent disco revolution has come a long way from the time it first burst onto the scene in the early 00s. Back then, many dismissed it as a passing fad but the format has proved to be resilient and thriving even. From one-off events that were mostly unpublicised to almost weekly parties that are quite popular among party-goers of all ages, silent discos have well and truly ingrained themselves into the party circuit.

And that there is the main reason why hosting a successful silent disco event is much sought-after, especially by promoters of pubs and clubs. If you are the owner of one such establishment or would simply like to throw a successful and rousing silent disco party, the tips and tricks that follow might prove useful.

A big venue is not necessary

The choice of the venue is thankfully made a lot easier with silent disco events. That is because you are no longer bound by legal noise limits. At the same time, your venue choice has a definitive say on whether your silent party is a success or not. While a large space is apt for conventional parties where people would like some room to move around or even grab some space to chat in, it can be disastrous for silent parties. Why is that, you may ask. Well, just imagine a handful of people dancing in a silent room. Does that image get your party mood going? The answer is probably no.

In the absence of ambient music, silent discos depend on physical closeness for a fully immersive experience. That is why you ought to pick a room that can fit in all your attendees in a snug manner. This also reduces the number of walkaways as no one wants to turn their backs on a lively party.

A multi-channel headphone is one that features two or more channels with each playing a different genre of music. This allows the audience to switch between the channels and enjoy different genres during the party. You can have recorded music playing on one of the channels and a DJ belting out their stuff on another. Most silent disco events usually stick to a format where the DJ plays party music on one channel while the other channel offers more soothing and relaxed tracks from genres like jazz or classical.

A great way to fire up the crowd though is to go for a DJ duel, where each channel features a different DJ playing competing genres at the same time.

Make sure to get the lighting right

Sure, a complicated setup where the light syncs with the music is not possible in a silent disco event as there is no room audio. However, smartly-lit stage lighting can draw in people by the droves. Stage lighting is known to make the music experience more involving, which means you can consider working with a visual artist to lend your silent disco party an air of immersivity.

Ensure there are enough charging points

The transmitters that a silent disco relies on for sending out audio signals use an RCA input. Also, the wireless headphones use either standard or rechargeable AAA batteries. At no point during the party would you want the transmitters or headphones impaired because of the lack of enough charging points. So, make sure you have plenty of charging points and power strips within your silent party venue.

If you are throwing a private party or hosting one-off silent disco nights, a silent disco hire makes more sense. But did you know there are different types of silent disco headphones rentals that you must pick from?

For instance, there is a basic rental where you are shipped just the headphones along with detailed instructions on setting them up. This is akin to DIY and puts you in full control of everything, right from setting up the equipment to maximising the profit.

But if you’d rather have a helping hand with setting up the equipment, go for a silent disco rental that offers a qualified headphone tech to personally deliver and set up all the equipment and instruct everyone involved on how to run things smoothly. Of course, this costs more than the previous option but for many, the extra money is worth the accompanying peace of mind.

The final option is where you pay the silent disco company for everything that’s needed for the party. And by everything, we mean the headphones, related equipment, personnel to set up and run things and even the DJs. This is the costliest option but also involves the least (almost zero) amount of hassle for the hosting entity.

Make no mistake about this but silent disco equipment, be it transmitters or headphones, is costly. The latter especially are prone to damage during a party. If enough of them are damaged or go missing from your silent party, it can cost you quite a bit. How does one avoid something like this?

For starters, you can charge your attendees a refundable deposit for the headphones. Another idea is to collect and hold on to one of their ID cards for the duration of the party. You would also do well to include multiple signages that state in no uncertain terms that the attendees would be held responsible for any damage to the headphones hired by them. Also, make sure no one enters the party area without a headphone. This eliminates the possibility of people claiming that they were only there to watch and not party.

Regardless of how you choose to manage the hired headphones, be careful to not overdo the intrusiveness of some of these measures. After all, dialling down the enthusiasm of your attendees is the last thing you want when organising a silent party.

So, that there was a brief look at some of the things you can do to ensure the success of your silent party. If you’d like to know more about how to hold a successful silent party event, get in touch with us today. The Silent Disco Company is the go-to name when it comes to hosting a silent disco in London. We rent out all types of silent disco equipment and offer competitive prices and a top-class service to back it up.