Biggest Music Festivals Around The World 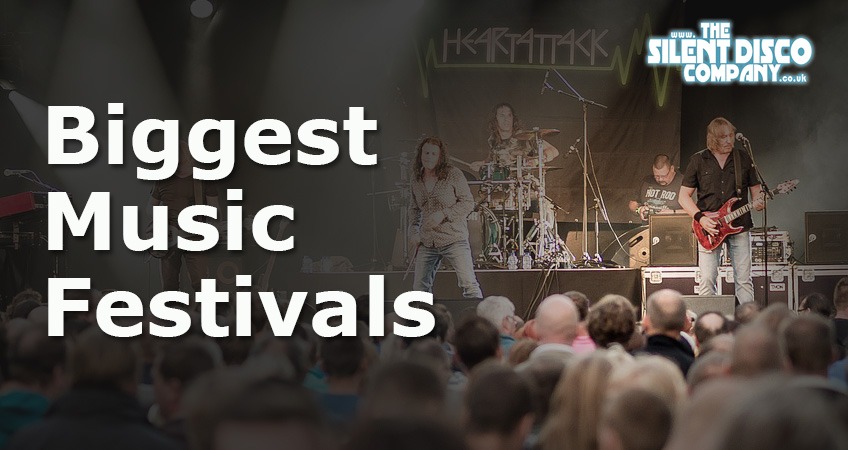 What is the biggest music festival in the world? Music festivals often involve people coming together to have a memorable experience with their favourite artistes while socialising and making new friends. Moreover, these events can last for several days and are usually fun-filled we have combined the best festivals around the world to let you decide which one you want to visit. The vibes and pulsating feelings a good music festival exudes are second to none. Therefore, we have decided to compile a list of the best and biggest music festivals in the whole wide world. When you’re done with this, we promise you’ll have the music fest to attend next summer sorted out. Dive right in! 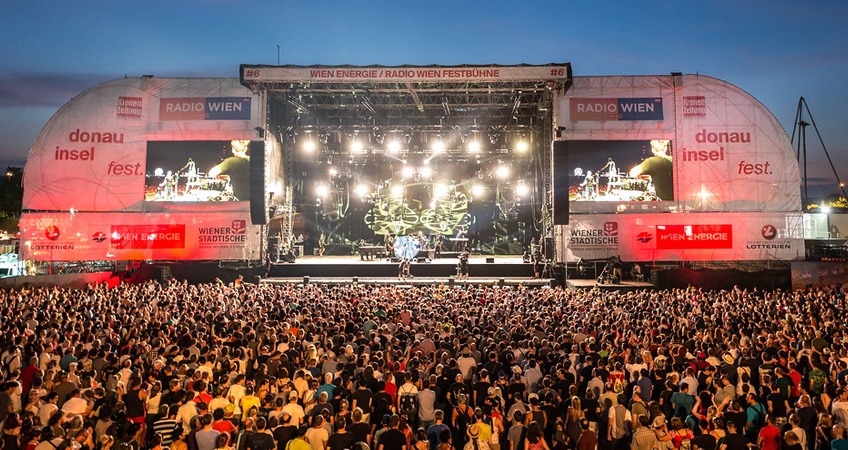 The Donauinselfest is the largest open-air festival for music fans around the globe. The rendezvous point is on an island in Vienna along the enormous Danube river. Usually, it is a three-day festival with music and fans connecting. The festival hosts popular local artistes and international ones across Europe. Donauinselfest involves all kinds of music genres – rock, pop, rap, hip-hop, electronic music, folk, metal, blues, and reggae. In addition to the unending grooving and dancing, there are loads of activities to fill each day. The best part about the music festival is you don’t need a ticket because it is free.
When: Late June annually
Where: Donauinsel Island, Vienna
Attendance: An average of 2 million visitors yearly.
Fun fact: The festival hosted over 3 million fans in 2016 and in 2019 the event occurred on 13 stages, with 600 hours of music and 17 different themes.
Image: Flickr.com 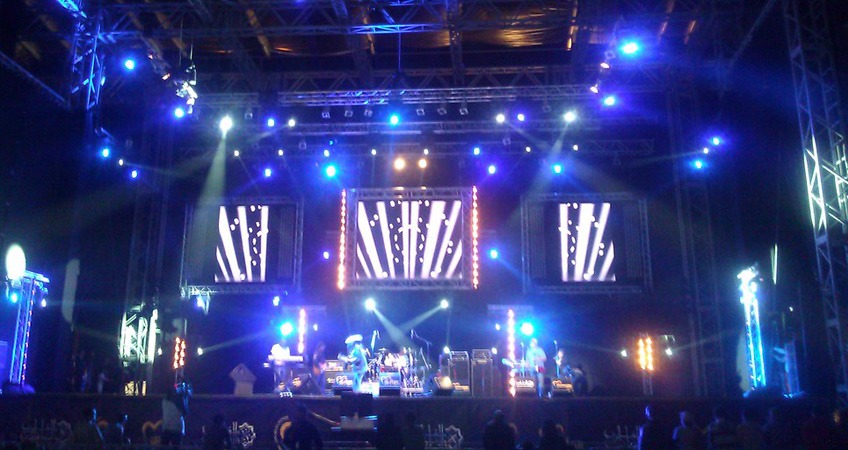 Mawazine means the rhythm of the world. An international word music festival intended to promote the image and culture of Morocco. Generally, Africans love to party and the mawazine provides the best opportunity for expressing this desire. The origin of the festival was from the personal secretary to King Mohammed. Also, various A list artists such as Whitney Houston, Stevie Wonder, Iggy Azalea, David Guetta amongst others have performed on Mawazine’s stage.
When: Annually in June
Where: Rabat, Morocco
Attendance: 2.5 million people in 2013
Fun fact: The event held with over 90acts on seven stages, making the Mawazine the festival with the highest ratio of attendees per stage in the world.
Image: Flickr.com 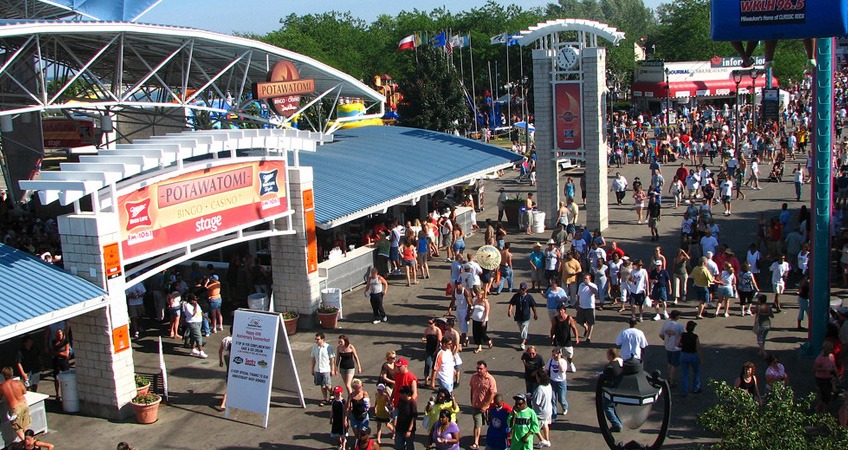 Summerfest is a Wisconsin music festival. It is the largest music festival in America. The downtown Milwaukee’s provides a venue with 12 stages. Additionally, the event hosts over 800 acts and a thousand performances. All forms of music are grooved to at the Summerfest. Also, it is a great way to explore the various delicacies from Milwaukee’s restaurant. Summerfest is not just about the music; it is about comedy shows, shopping, fireworks, outdoor games. With a fee of only $20, you get access to the summer festival of the year.
When: An 11 days event that spans from late June to early July each year
Where: Henry Maier Festival Park, Milwaukee, Wisconsin, USA.
Attendance: An average of 850,000 people yearly
Fun fact: Summerfest usually runs through 11 days, and the 4th of July, which is America’s independence day holiday is included.
Image: Flickr.com 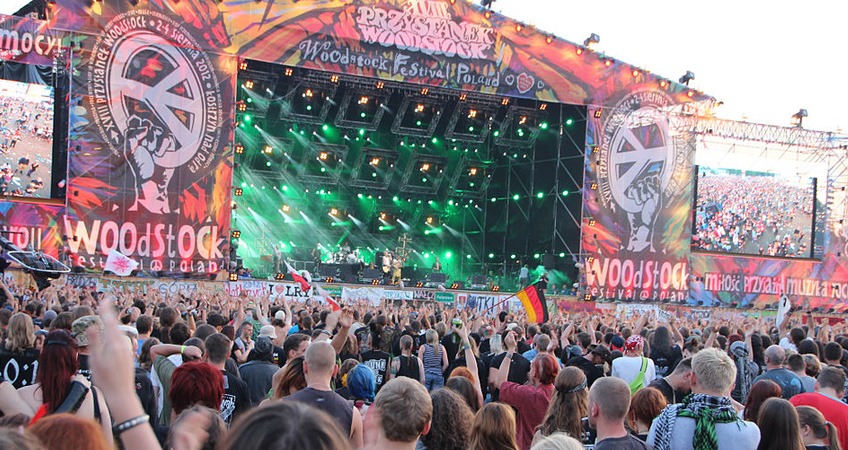 Woodstock is occasionally referred to as the Bethel rock festival. The name is as a result of its location in Bethel, New York. The festival aims at harmonising people of the United States and genres involved are rock music, pop, metal and folk music. Also, entry to the festival is free and is one of the events that have a high turn-up rate in New York. Woodstock is one of the biggest rock festivals with a notable cultural background.
When: Annually in August
Where: New York, USA
Attendance: 750,000 in 2014
Fun fact: A 3-day music festival of peace, love, and music. Also, one of the moments during the previous Woodstock festival was listed as number 19 of the 50 moments that changed the history of rock and roll.
Image: commons.wikimedia.org 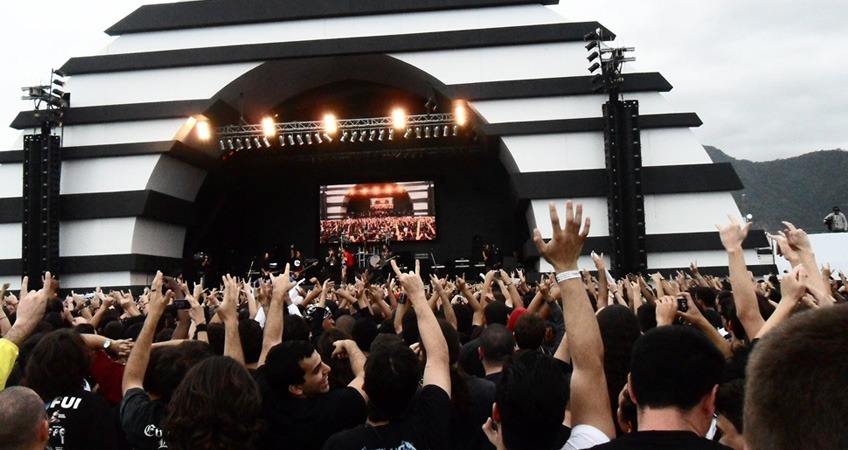 Rio is popularly known as the city of rock. Rock in Rio is deeply rooted in history with its unique festival anthem, display of fireworks, and performers that rock the city. The festival is famous for breaking the headlines as the red hot chilli peppers, Jessie J, Charlie Puth, and Drake amongst others perform on stage. Rock in Rio originated from Brazil and has penetrated other places like Lisbon, Madrid and Las Vegas.
When: Every two years
Where: Rio de Janeiro, Brazil.
Attendance: 700,000 people
Fun fact: Although Rock in Rio is mainly about rock music, other genres like pop, funk, electronic music and so on fill the air.
Image: Flickr.com 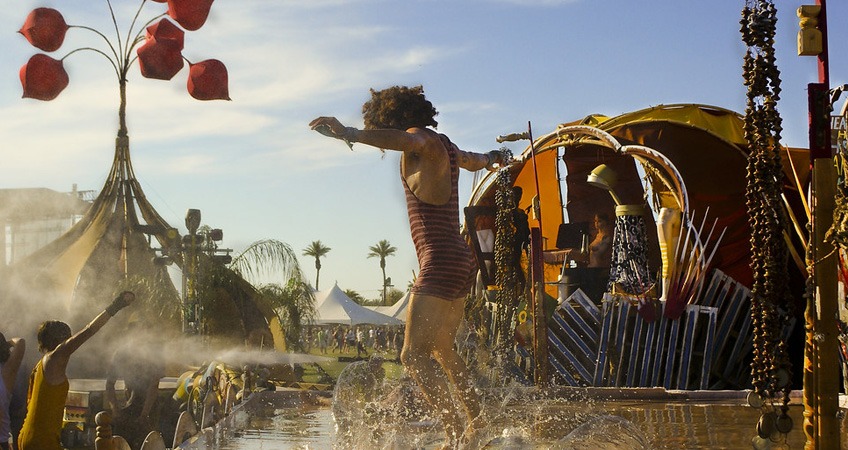 Coachella is one of the most famous, reputable, and profitable festivals in the United States. This massive festival involves music like pop, rock ‘n’ roll as well as arts and sculptures. Coachella showcases famous artists across different genres like Lady Gaga, Beyoncé, Bob Dylan, and Kendrick Lamar as well as upcoming ones. The California festival spans across a three-day weekend in the empire polo club.
When: Annually in April
Where: Indio, California
Attendance: An average of 500,000 people
Fun fact: Coachella started as a single-day event, then a two-day event and finally a three-day event.
Image: Flickr.com 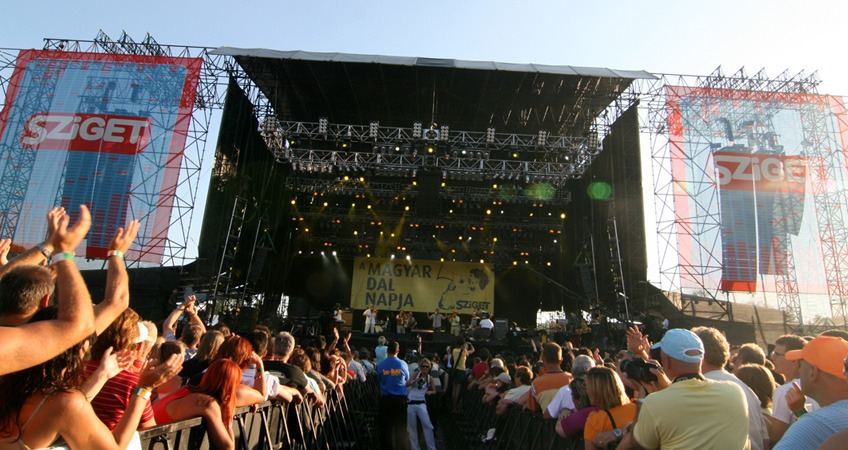 Sziget is a multidimensional music and art festival deeply rooted in culture. It is one of Europe’s most significant and famous events. The festival has been going on since its inception in 1993 with over 500,000 people each year. Past headliners include Rihanna, Muse, Kendrick Lamar amongst others. A different genre of music like reggae, punk rock, and heavy metal are played, and it spans across seven days.
When: Annually in August
Where: Budapest, Hungary
Attendance: Average of 550,000 each year
Fun fact: The festival involves mind-blowing activities like circus shows, sporting events, and film shows. Sziget is your all in one celebration.
Image: Flickr.com 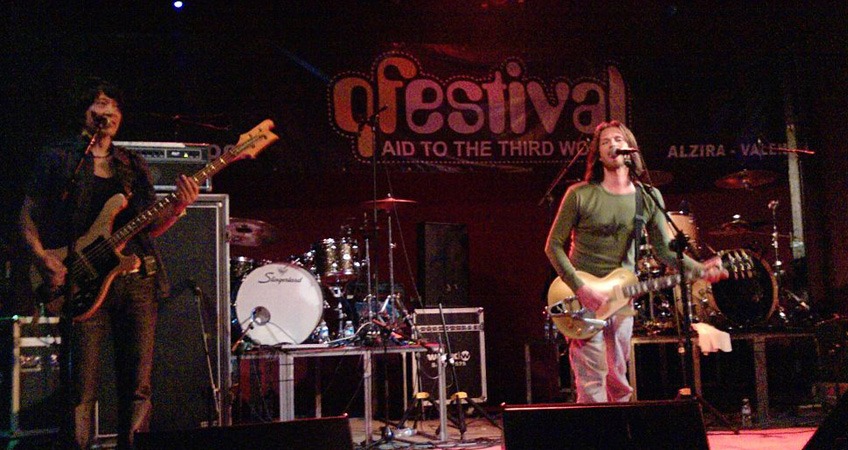 The essence is often referred to as the party with a purpose. It originated in 1995 as an event to celebrate the African-American culture, especially for women. Unlike the other festivals, it features artists that sing soul, gospel, blues, and jazz as well as hip hop and R&B. The 2017 Essence festival featured Diana Ross, Solange and Mary J.
When: Annually in July
Where: New Orleans, Louisiana, United States
Attendance: Average of 500,000 people
Fun fact: Essence festival has had a significant impact on the fashion industry and fashion history.
Image: Curecrow [CC BY-SA 3.0], via Wikimedia Commons 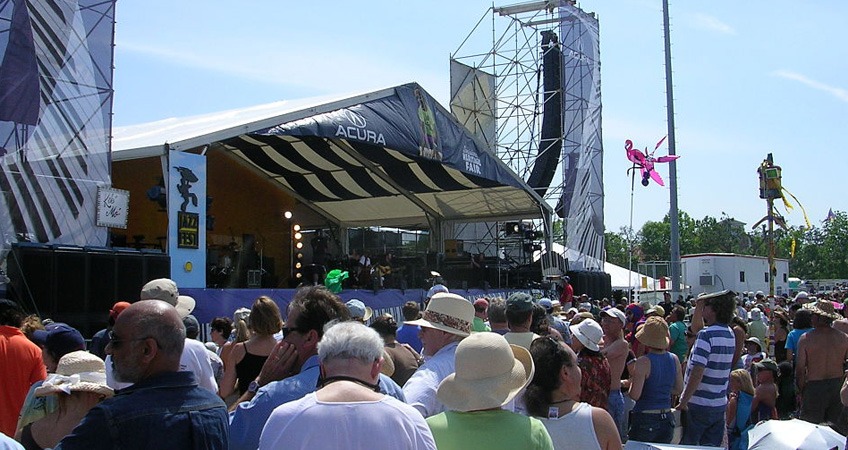 The jazz festival is a celebration of music and culture in New Orleans. Although it is one of the oldest festivals, it is still one of the best. Asides the art and music, the festival also features a variety of food, artisans, and clothing. Parades are held at the festival too. The location is a significant tourist attraction and offers both contemporary and traditional feels.
When: Late April to the beginning of May, annually
Where: New Orleans, Louisiana, USA
Attendance: 475,000 on average
Fun fact: The jazz festival includes the days surrounding the festival too. As a result, the festival does not even end after the official close date.
Image: Masahiro Sumori [CC BY-SA 3.0], via Wikimedia Commons 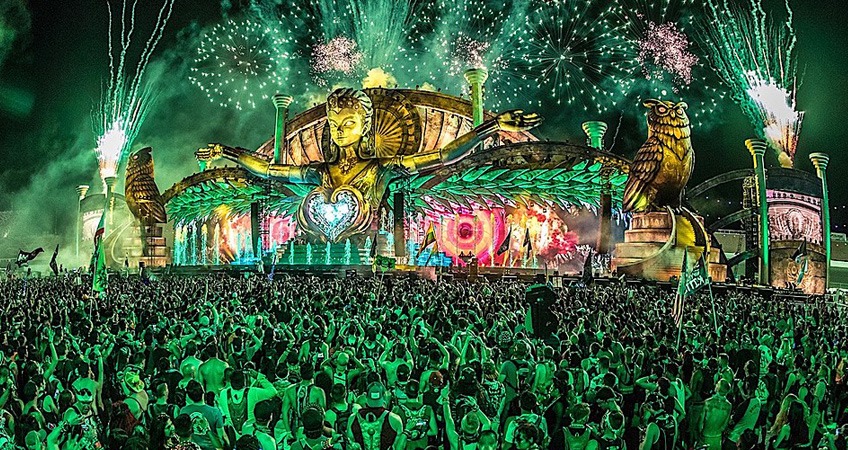 The electric daisy carnival is an electronic music festival held annually. The event features all kinds of electronic DJs like Calvin Harris, Harwell, Zedd. Besides, the primary purpose of the electric carnival is to use music and art to inspire others. The biggest electronic festival features trap, bounce, trance, bass, and so on. The EDC has been held in other locations like Mexico, New York City, and Puerto Rico.
When: Annually in June
Where: Las Vegas, Nevada, USA
Attendance: 400,000 in June
Fun fact: Asides electronic music, individuals experience LED and 3D glow in the dark environment.
Image: Wikipedia.org

In conclusion – best festivals in the world

Music festivals help you to connect with others through music. However, you would have noticed that some festivals are not just about music. They have varieties of shows to offer. As a result, you end up getting more than music.