6 Reasons Why You Must Attend Silent Disco Parties | Infographic

6 Reasons Why You Must Attend Silent Disco Parties

Ever since the demise of the disco era, the music party scene has not witnessed a major revolution or trend that captured people’s imagination. That is up until the concept of silent disco came into the picture. Here was an idea that took the best part of music parties and combined it with the advantages of socialising in a non-music setting. While they took some warming up to, silent disco parties have irreversibly changed the way people view parties. Just look at the number of places offering silent disco in London and it’s apparent that the concept is here to stay.

But should you really attend one? Does a silent party offer something that a traditional party does not? And is it worth lugging around a pair of headphones around your head or neck for the duration of a party?

The answer to every single one of those questions is a categorical yes. A silent party makes up for the weak points of a traditional music party. For instance, most traditional parties are constrained by issues like location and time limits. Most attendees also prefer to leave the party for a quieter place when they want to talk with friends and socialise with other people.

None of those is an issue with a silent party. You can host a silent party anywhere you want and not be restricted by noise laws or complaining neighbours. You are also free to take off your headphone and talk to people around you without having to leave the party because of loud music. And unlike regular parties, where there’s little you can do if you don’t like the DJ’s music, a silent disco lets you switch to another channel and enjoy music from a different DJ.

With so much going its way, attending a silent party or hosting one has become quite popular with party-goers of all ages. If you are hosting a silent party, all the necessary equipment can be rented from a company that offers silent disco hire. Depending upon the type and scale of the event (like weddings, birthdays, or small house parties) you’re hosting, choose an appropriate silent disco hire package and dance away. 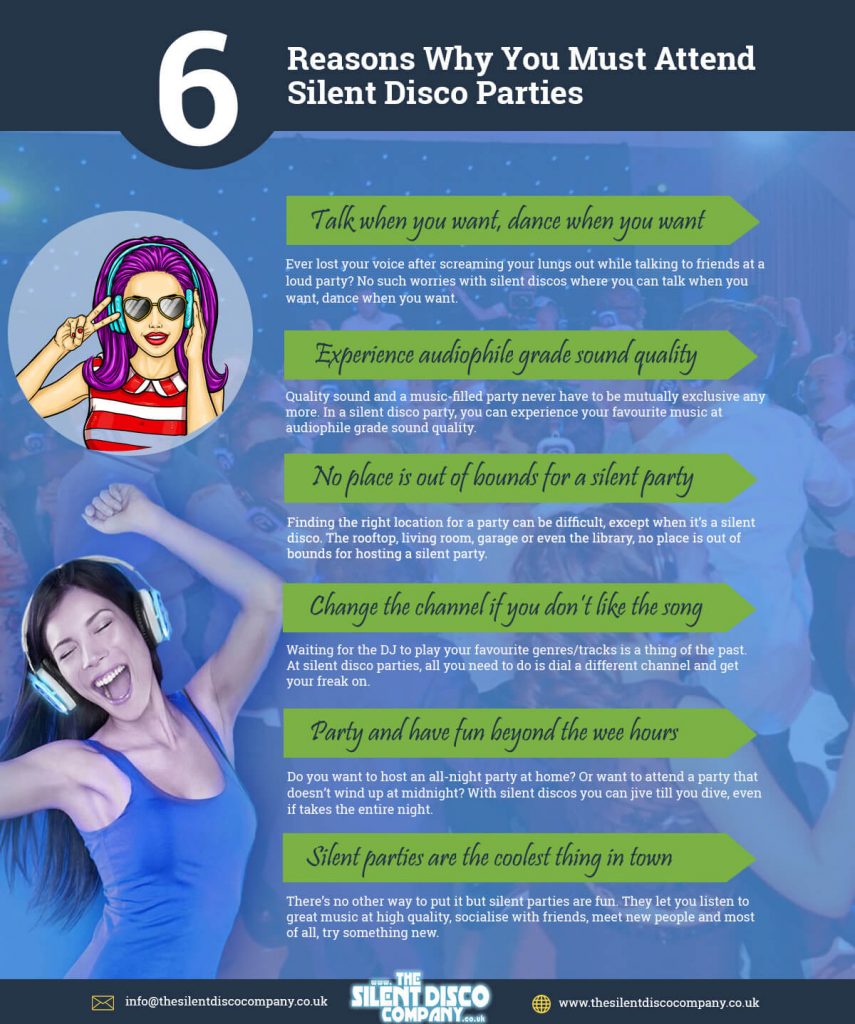