DJing at silent discos can be a quite daunting experience, as these kind of events are relatively new. Whether you’re an experienced DJ, or just starting out, everyone could use some guidance when being the main performer on a night like these. We’ve formulated a list of useful tips that can help everyone at any Silent Disco DJing experience level get the best reactions from the crowd’s they’re performing to.

1. Know how a silent disco works

When working at a silent disco, if you’ve never DJ’d one before, it is probably best that you do some research as to how they work. A silent disco is an event where people wear headphones and listen to the music through them, as opposed to the traditional way of playing it through speakers. The music played by the DJ is broadcasted through to these headphones via a transmitter, allowing the people wearing the headphones to hear the music. In some cases, there are multiple DJ’s, where the audience can pick what channel they want in order to dance to which every DJ they enjoy the most.

Silent disco hires are becoming more and more popular as the years go on, but that doesn’t change the fact that when many people are invited to a silent disco party, it’s most likely their first time to experience one! 9 times out of 10, the audience you’re performing to have never been in this kind of environment, so it’s up to you to take the lead. If it’s your first time DJing a silent disco, try not to let nerves take over your set. Play music that you’d normally play if you were DJing a normal event, but make sure you lead the way. People are going to listen to whatever you play for them, as they had no idea what to expect coming to the event in the first place! They’re just happy to experience this unique style of partying. 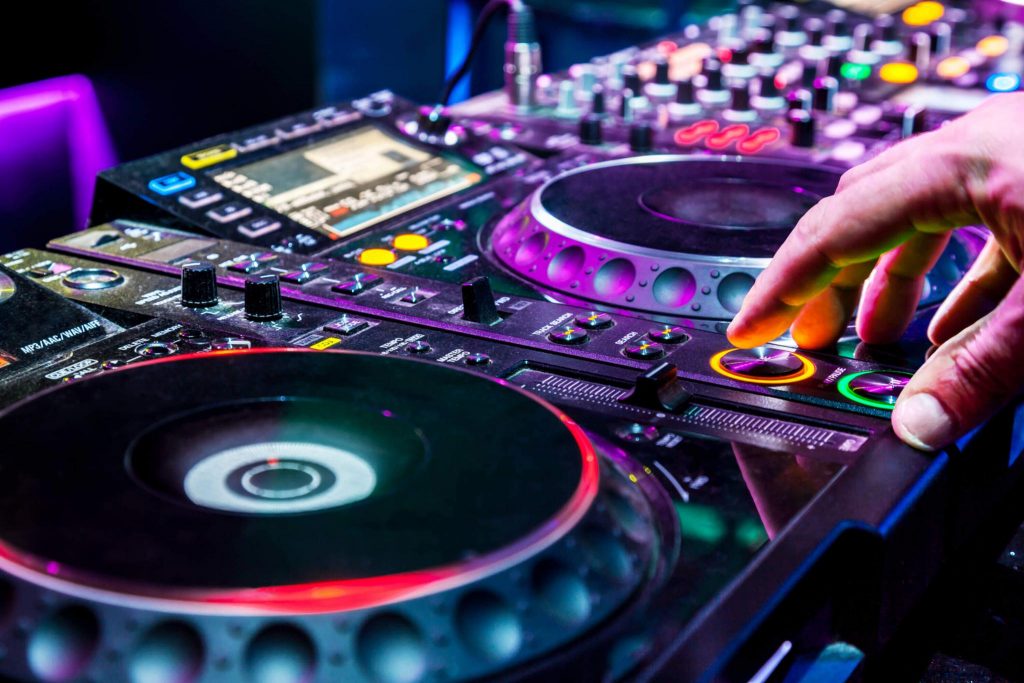 3. Know what kind of event it is

SIlent disco parties are all different, so as a DJ, it’s important to know what kind of party you’re going to. Some silent discos involve a DJ playing a live set on one channel, then playing a previously mixed track on the other two, which is pretty much simple enough. Some disco’s however, will have multiple DJs performing at over all three channels at the same time, which means they’re all competing for the attention of the crowd. It’s important to ask the person who hired the silent disco, what kind of event is it and what you should expect. That way you have an idea of what you need to do to prepare for the event, whether you need to play a certain genre of music, and whether you need to get your competitive hat on in order to compete with the other DJs!

As a silent disco DJ, it’s important to keep the music interesting and fresh. It’s not a traditional night, so if someone isn’t interested in your music, they’ll simply change the channel to someone else’s, which isn’t great for morale. Keep things interesting by making sure you’re playing new popular songs, and old classics that you know people can’t help but sing along to. Make sure the song transitions are smooth and try things that others wouldn’t usually do. Keeping things interesting gives people more of a reason to stay on your channel, as they’ll be having the time of their lives.

As a DJ, reading the crowd is probably one of the most important things you can do. Look at peoples faces whenever you change songs as this allows you to get a feel of what the crowd are into or not. Pay attention to whether people are dancing or not. If they’re not dancing, you can expect that they’re not having the greatest of times, which is a good indicator that you should probably play something that’ll get people up on their feet and dancing. The main aim is to get people dancing and singing along, which is their way of saying “I’m having such a great time”. Keep an eye on what channel people are on, and make a mental note of their reactions.

Prepare yourself for everything. As a silent disco DJ, it’s important that you’re ready for all things that may come to you on the night. This is why we ask you to prepare for everything beforehand. Make sure that you’ve got everything you’d need to do your job on the night. If you work with props, make sure you have all of them ready. Whether you DJ with USBs or CDJs, you’ll need to make sure that all of your equipment is good to go. Know what songs you’ll play and in what order. Having an idea of this will help you prepare for any unwanted surprises on the night. 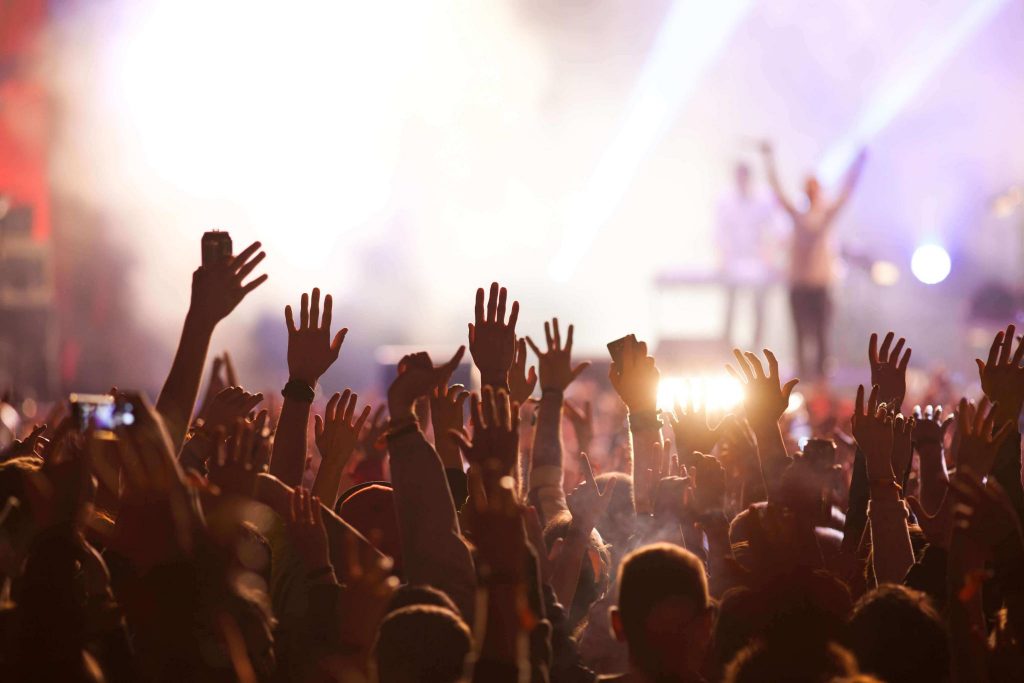 When DJing, you’ve got to make sure that a majority of the music you’re playing is music that people know and enjoy. There’s no point playing songs that no one knows, as you’ll find that the entire dancefloor will be looking at you with confused looks on their faces. If you’re a beginner, have a look at the top 40 to get an idea of what the newest, most popular tracks are. You could also have a browse through music apps like Spotify and Apple music, which are great places you can use to find great mixes and music that flow well together.
Playing music people know is also a great way to get the crowd going. People are going to sing along to their favourite songs and dance to tracks that they know and love. Doing this gives the night a more memorable feel, and also puts you in a good position. It’s also a great way to make a name for yourself as a DJ, especially a silent disco DJ.

As a DJ, interacting with the crowd is sometimes a very welcome thing. It adds character to your set, and it helps the crowd get a feel for what kind of person you are. Because it’s a silent disco, you’re able to speak to people without having the yell over the loud sound systems. You could use to your advantage by asking the crowd what songs they want to hear, allowing the night to have a bit more of a personal feel to the people involved.

Silent discos are hired for many different events, for many different audiences. In order to make it a successful and enjoyable night, you need to know who you’re DJing for. Your choice of music has to be tailored to the audience. If you’re performing for young children, the music you play has to be family friendly. If you’re performing for a group of young adults, you’ve got to make sure that you play current and trending music. The same rules apply to elderly people and families. You’ve got to know what they want to hear, and what is suitable for that type of audience.
This also applies to your audiences genre preferences as well. If you’re performing at a silent disco which multiple channels, make sure you’re playing music options that will appeal to everyone. You could have “Club classics”, “R&B” and “Punk Rock” all playing, which allows you to give an option to everyone at the event. 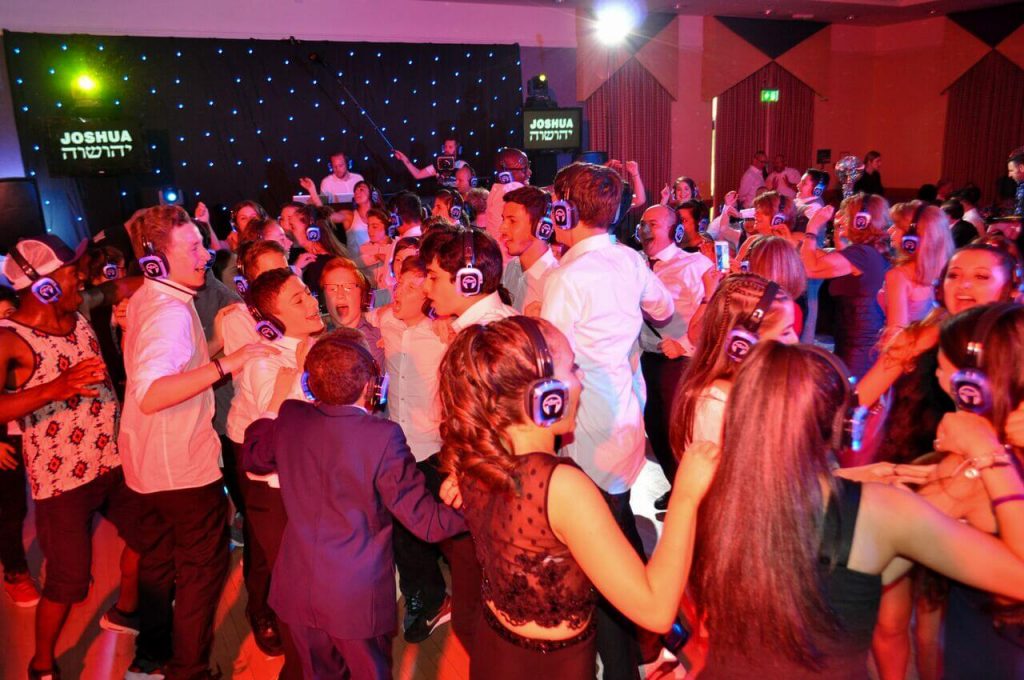 10. Play appropriately for your time slot

This is something that a lot of experienced DJ’s know about. If you’re performing early on in the night, you’re going to want to play songs that get people up and moving. If you find you’re playing last, you’re going to want to make sure to play songs that will make everyone remember the night in a positive light.
Sometimes you’ll find that you’ve got a large time slot, it’s important to use your time accordingly. Silent disco hire prices aren’t cheap, so it’s possible you’ll be performing for time slots shorter than you’d traditionally expect. On the contrary, the time slots may be longer than you expected. Make sure you have enough songs to play, as people tend to get bored when they hear the same songs over and over again. 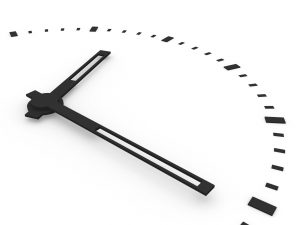 So there are 10 effective DJ hints & tricks that will help you get the best reactions at a silent disco. Using these tips will put you in the best position to grow your brand, secure more jobs and become the best silent disco DJ you could possibly be.